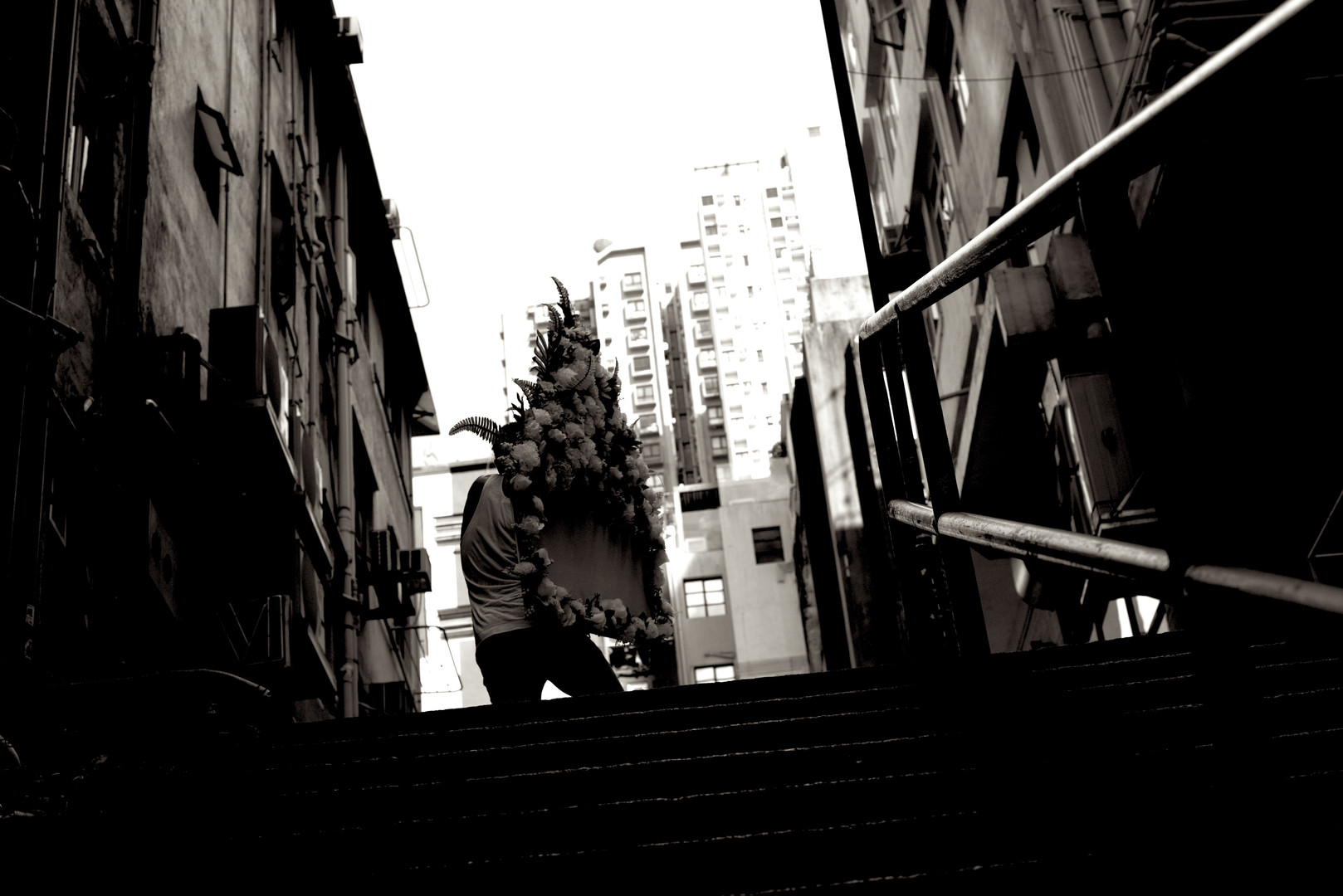 Loosely based on the journey of a delivery man carrying the funeral flower board in search of the receiving address from Sheung Wan Hollywood Road to Tai Ping Shan Street. The film is inspired by a photographic book titled Hong Kong Reminiscence 1958 by Nagano Shigeichi taken in Hong Kong from 1958-1960 and re-imagined further with the hidden stories of possible trapped souls by old houses that are going to be demolished.

Preoccupied with the abstraction of memory from place, time and biographical traces, Elysa Wendi currently explores her works in film, photography and performance. In 2013, Wendi co-founded Cinemovement, a platform to host dance film laboratory together with film producer Jeremy Chua in 2015. Elysa is now working between Hong Kong and Singapore as an Independent film and dance artist.