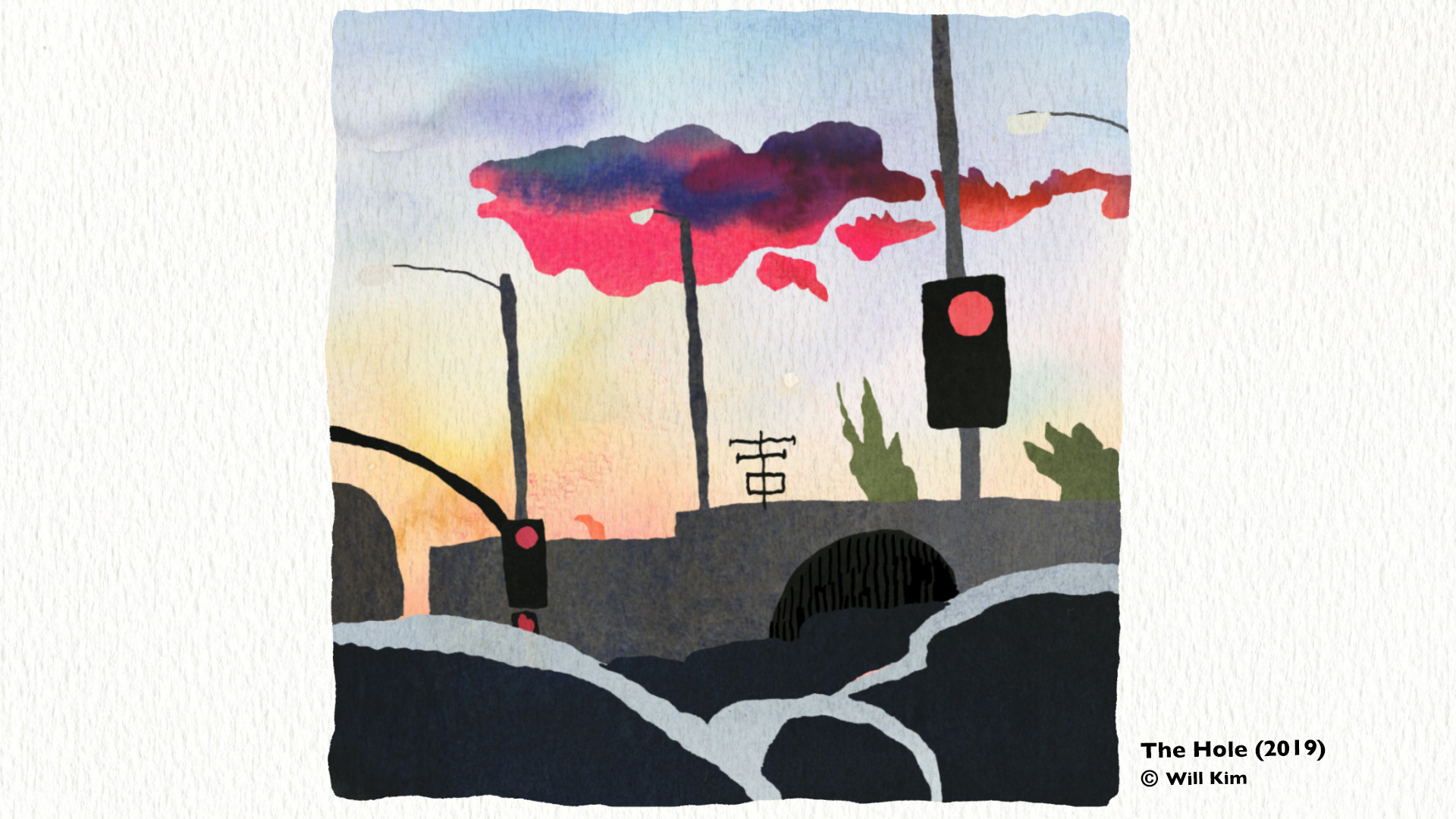 “The Hole” is about a mother bird with a big hole in her heart, on a journey of searching for her baby son that fails to fly and accidentally falls into a hole. With an original sound track by Green Seo, Will Kim uses watercolor animation technique to reflect on his personal and universal experience of tragedy and despair. Will Kim is a Los Angeles based artist and filmmaker. Will currently teaches animation at Riverside City College where he directs Riverside City College Animation Showcase.

Will Kim received an MFA (’09) in Animation from UCLA (University of California, Los Angeles) and a BFA (’07) in Character Animation from Cal Arts (California Institute of the Arts). Will also taught at CalArts, Community Arts Partnership and Sitka Fine Arts Camp as a media art instructor among several other institutions. Will has been serving as a judge for AniMazSpot Int. Animation Feedback Festival since 2017. Kim’s work has showed in over 100 international film/animation festivals and auditoriums including Directors Guild of America (DGA) Theater, Regal Cinemas, Academy of TV Arts and Sciences Theater, The Getty Center, Centre Pompidou Web Series, The USC Arts and Humanities Initiative, and Museum of Photographic Arts San Diego. Some of Kim’s works have been aired on TV throughout the world including SBS (South Korea’s National Television Network), Japanese National Television Networks, TBS (American Subscription Television Network).